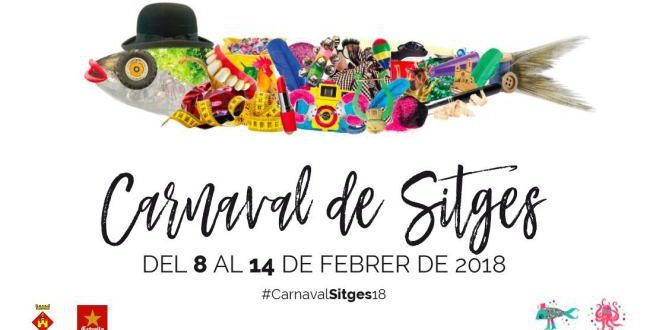 2018 Carnival will be “the consolidation of changes following the success of Carnival 2017″ as stated by the Councilor for Culture, Traditions and Celebrations, Rosa Tubau. “It will be a year marked by the unification of the routes of parades, children and adults,who for security reasons and because of the different assessments collected start totes les rues des Passeig de la Ribera i’d just to Cap de la Vila “he dit Tubau. “>all rúas from the Paseo de la Ribera and end at Cap de la Vila” Tubau said. It is the most crowded and colorful festival calendar of events beginning municipality Maundy Thursday (February 8) and ends on Ash Wednesday (February 14).The route of the parades will therefore, from the end of the Sofia Avenue, Paseo de la Ribera (sea side), La Fragata, Paseo de la Ribera (mountain side), Baja Round, Plaza del Pozo Vedre, Espalter, San Francisco until the Cap de la Vila. Yin the case of two children ‘s parades will be the same itinerary but in the Paseo de la Ribera, will turn up to the statue of El Greco -in address and enter Terramar- BAJA Redonda to continue to the Plaza del Pou Vedre .
This itinerary is a possibility that the head of the parade meets the tail is removed and a closed circuit is created but, as pointed Councilwoman Rosa Tubau, “always keeping a part of the tour of the town center to preserve the essence and personality of our Carnival. But also providing new values such as Carnival comes out of one of the most emblematic spaces of the city, the Paseo de la Ribera “.
to the TOT llarg “>For this reason, the organization of Carnival reinforces the lighting throughout the promenade where are also planned activities and services aimed at a family audience. Councilwoman Rosa Tubau emphasizes that this Carnaval “new acts have been createdtota during the Carnival setmana i in aquest “>with the idea of strengthening programming throughout the week of Carnival and in this sense we put a lot of effort.”
One of the new proposals presented by the Sitges Carnival 2018 is a meal popular on Friday 9 February at the Miramar Cultural Center courtyard where they shared toltes the Cort i i Queen of Carnival seva amb el seu “>table with His Majesty Carnestoltes and his Court and Queen of Carnival with its
procession.to vespre is farà the first recorregut per Carnival history “>The same day in the evening will be the first tour of the history of Carnival toltes i clourà the Queen of Carnival, on “>in Sitges to lead Her Majesty Carnestoltes and close the Carnival Queen, where tot the poble disfressat lliurement i acompanyats d’una Xaranga. “>all the people dressed freely and accompanied by a brass band will participate.