The streets are the protagonists of the party, because as if they were people they are pampered, cleaned, decorated and plastered with care. 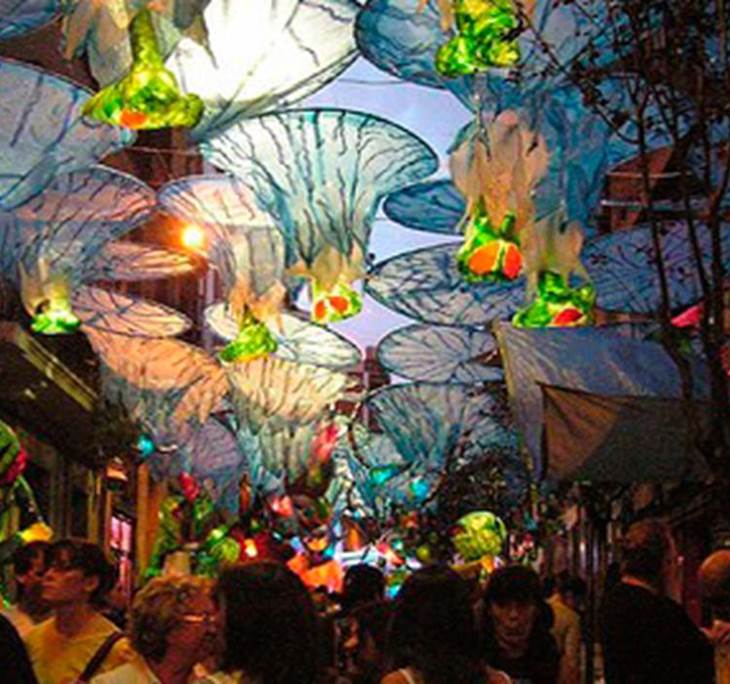 The Fiesta Mayor de Grácia is one of the most anticipated parties for the inhabitants of Grácia (and also for the rest of the citizens) and one of the most beautiful in Barcelona. There are many activities that are done during these festivities but the main focus It is the striking spectacle offered by the decorated streets and squares that participate in the competition of streets and squares engangladas.

The origins of the Festes de Gracia

These popular festivities are celebrated in the dedication of the Virgin of grácia, the party was originally the 25th of March. It was also on May 15, by San Isidro, according to the patron saint of the farmers of the Llano de Barcelona. To these were added those of San Roque, on August 16, and finally, those of the feast of the Assumption on the 15th of the same month. To locate the origin of the Major Festival on the day of the Assumption of the Virgin, we must go to the Costumari de Joan Amades where it explains that the transfer of dates occurs in unknown time.
Another version tells us that the origin was a family party that was celebrated annually at the end of the 17th century, in a farmhouse known as Can Passarell, on the occasion of the onomastics of the owner of the house and that, when she died
This, the family continued with the celebration in honor of the Virgin.
However, it seems more than likely that the event that originated the feast on the appointed day was the transfer to Grace of the convent of Jesus, which was under the invocation of the Assumption. Little by little, the festivities of the Assumption cornered the others that had been done until then. Even the Green Book of Barcelona, ​​published in 1848,
describes the celebration of the Assumption in which it already calls: Fiesta Mayor de Gracia ..

Activities and how is the fiesta of Grácia

Fiesta Mayor de Grácia is designed for all types of visitors: there are shows, concerts, games, meals, dinners and much more!

The streets are open to everyone and the bars these days turn to neighbours and visitors giving their best dishes and their best service so we can enjoy the parties of Grace in a great atmosphere. And what better scenario to eat a good dish of chocolate rabbit or meatballs with cuttlefish surrounded by the party atmosphere and great people.

If you come to Barcelona this week it is essential to take a walk through the Gracia neighbourhood and get involved in the fantasy world that floods its streets and its people. 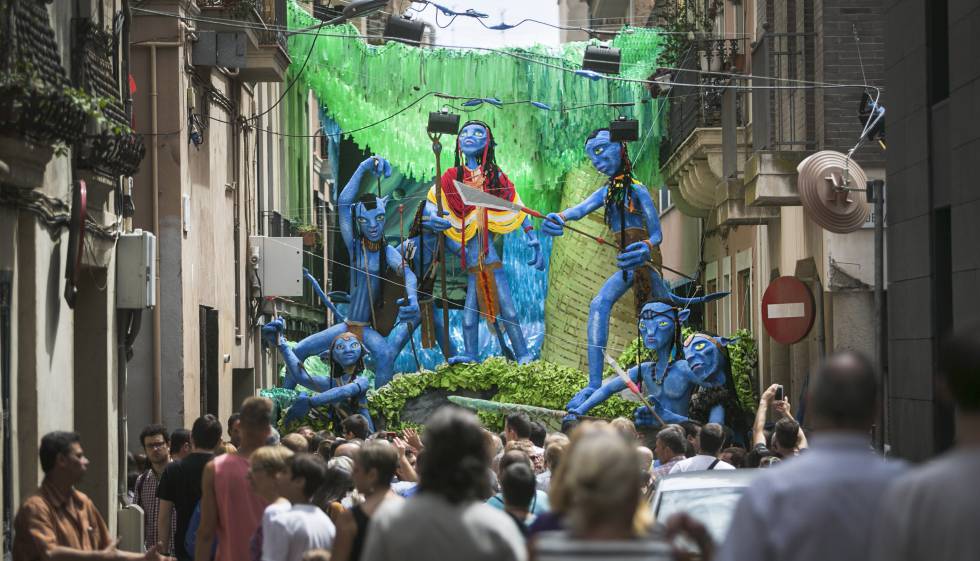 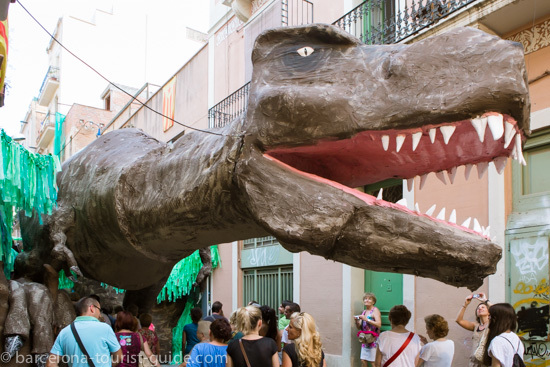