The most beatiful parks in Barcelona

One of the things that makes Barcelona one of the most beautiful and healthy cities to live in is its large number of parks, viewpoints and green areas where to relax, walk, breathe fresh air and rest the ear of the rumors of the city. .

Do you want to get out of the gray of the city and surround yourself with green and nature? In Barcelona we have many parks where you can do this, inside and outside the city. . Here we are going to talk about our favorites!

The labyrinth park of Horta  includes the oldest garden preserved in the city: it was born as a neoclassical garden and ended as a romantic garden. The lands where the park is located belonged originally to the Desvalls family, near the Collserola mountain range. Its name comes from the labyrinth of cut cypresses that we can visit and walk in the lower part of the garden.

The Turó de la Peira park is a place to walk through the wide paths that run along it in an itinerary whose main objective is to reach the top, located at 140 meters above sea level, where the viewpoint is located.
It is also a park to contemplate the view from any of its rest areas, to look at the sea and the Collserola, so that children have fun in some of the three playgrounds that there are and to make píc-nic.

The Bunkers of Carmel and the Guinardó Park 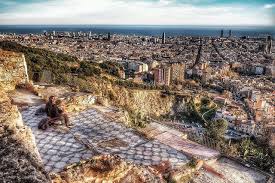 The viewpoint of the Bunkers as well as being the most beautiful in the city with its beautiful 360º panorama is also one of the headquarters of the MUHBA (History Museum of Barcelona). The bunkers were used as antiaircraft batteries and were built during the Spanish Civil War with the aim of defending the city from bombings. The viewpoint is inside the Guinardó Park which is an immense green area divided into three zones: the urban area with games for children, picnic tables and benches: the historic park with a set of gardens and beautiful paths and some breathtaking views of the city; the forest area with many routes for hiking or cycling, in this area there are several viewpoints, including Mitja Lluna. 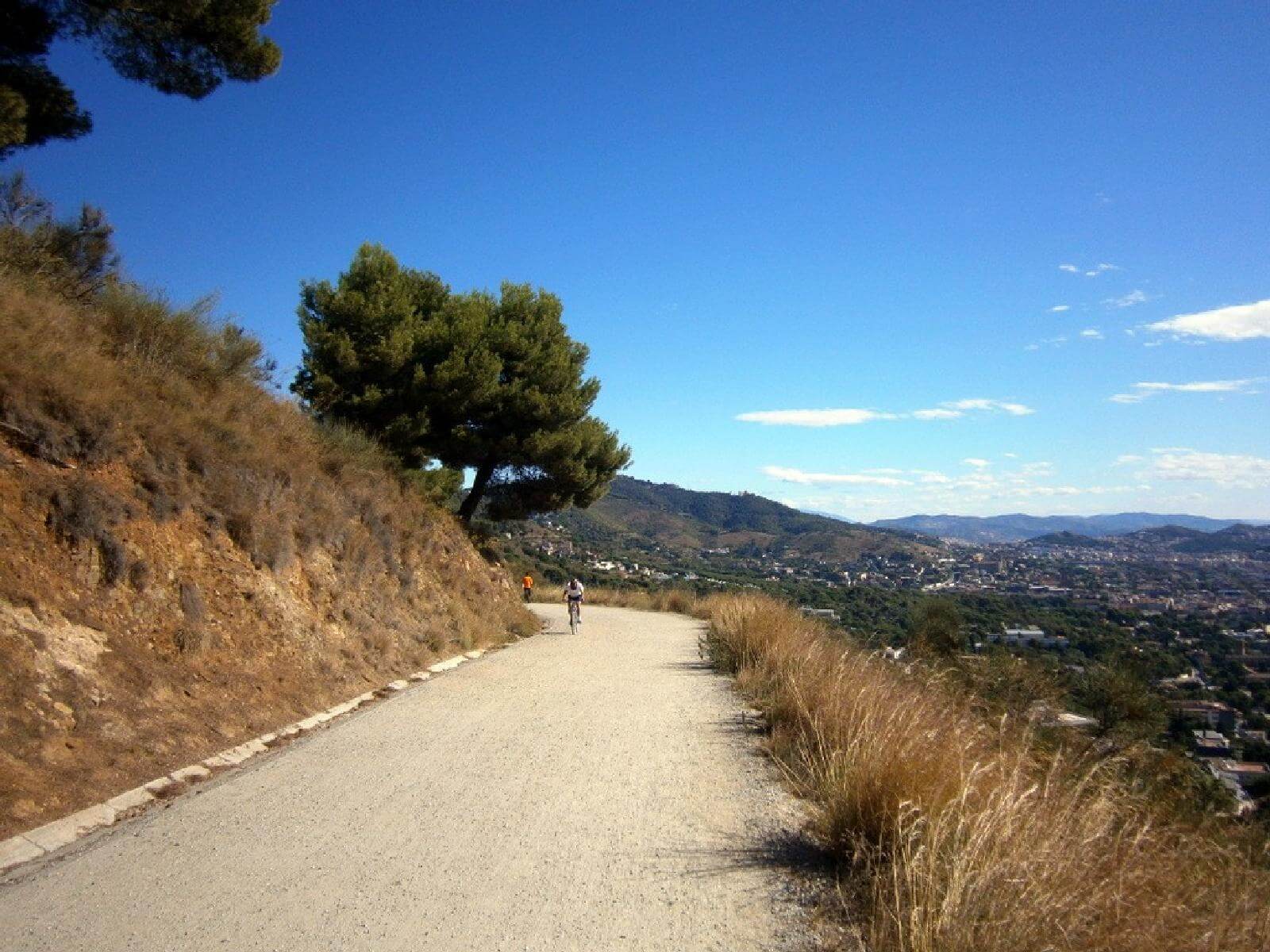 The Carretera de les Aigües is not really a park but it is a 9 km road with stunning views over the city from the serra del Collserola and that can be traveled by bicycle, walking or running. Its name is due to the old route of a water pipeline, of which the horizontal layout is maintained. With its almost 10 kilometers in length and a maximum height of 450 meters, it is one of the most popular paths among locals. 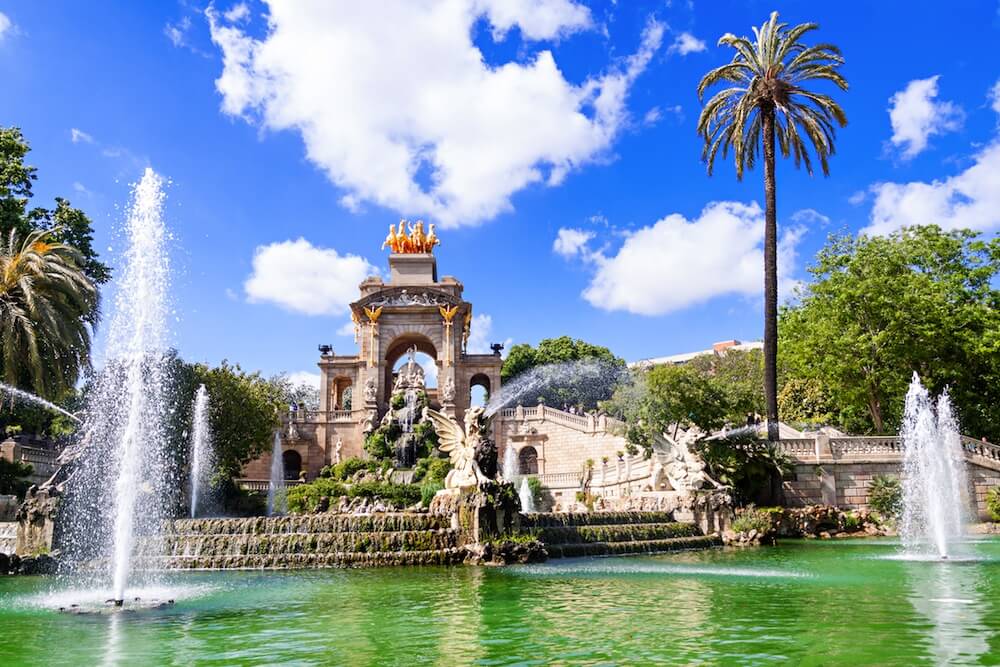 The Ciutadella de Barcelona Park was the first public park in Barcelona and is located in the Ciutat Vella neighborhood.

The original project, of 1872, belonged to Josep Fontseré and was based on the design of the Luxembourg Gardens, although it underwent some modifications: in 1888, to house the facilities of the World Exhibition, and then in 1892, for the installation of the Barcelona Zoo, which occupies half of the park grounds (around 17 hectares in total).

Within its perimeter are also located the Zoology Museum, the Geology Museum and the Parlament de Catalunya. 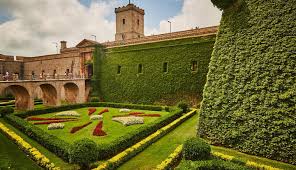 The mountain of Montjuïc, as a whole, is the great urban park of Barcelona that culminates in the castle with its beautiful panorama over the sea and the city. The celebration of the International Exhibition of 1929 caused the city to rediscover this space, order it and organize it. After the dramatic events of the Civil War, in which the castle functioned as a prison, the place changed, and with the 1992 Olympic Games the renovation was total, and once again it acquired a festive and cheerful character for the people of Barcelona. Currently we must consider it as a park of parks.

The mountain condenses a wide and extensive offer where nature coexists, from forest areas to thematic gardens, with recreational, sports, cultural and service areas. Despite enduring this great pressure, the mountain acts as a large urban park and we can explain, from the point of view of green spaces, as a garden of gardens, observing the mountain as a whole rather than attending to its different parts .
Montjuïc is, together with Collserola, one of the great urban lungs and, therefore, the mountain is in the process to regulate and maintain the necessary balance between the protection of space and its richness and biodiversity, and citizen uses. 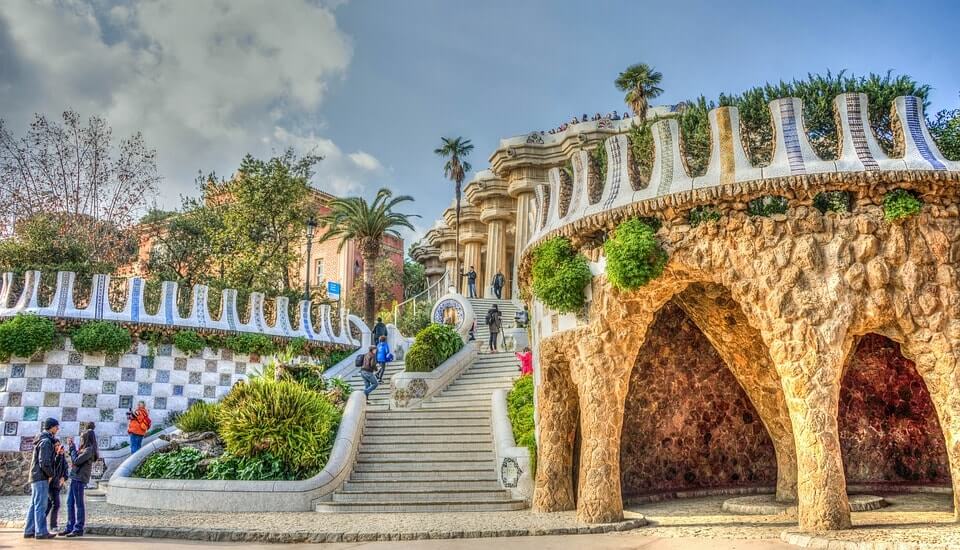 Without doubt the most famous park in Barcelona and the busiest. To visit the monumental part it is better to buy the online ticket to save the queues

(€ 8.50 on the official website, you can get in for free at sunrise and sunset).

Güell Park is built on a hill, Montaña Pelada. Eusebi Güell bought there in 1899 two contiguous estates, Can Muntaner de Dalt and Can Coll i Pujol, with the aim of building a garden city. The project was entrusted to Gaudí, who conceived it as a work with religious meaning, and as a symbol of spiritual elevation, materialised on the road that climbed to the top of the hill, which is almost 200 meters above sea level . Up there the Calvary of three crosses was built, a circular base construction, made of stone.

The construction of Park Güell began in 1900 with a park organised around a central square. The entire surface of the park was crossed by paths that led to different sectors, where the buildings would be erected. By 1914, Güell had only managed to sell 3 plots and the project stopped.