Barcelona will be filled with the heat and color of the South with this 48th edition of the April fair organized by the Federation of Andalusian Cultural Entities in Catalonia.

The April Fair is a popular festival of Andalusian origin that is held annually for 10 days in Barcelona and is organized by the Federation of Andalusian Cultural Entities in Catalonia. 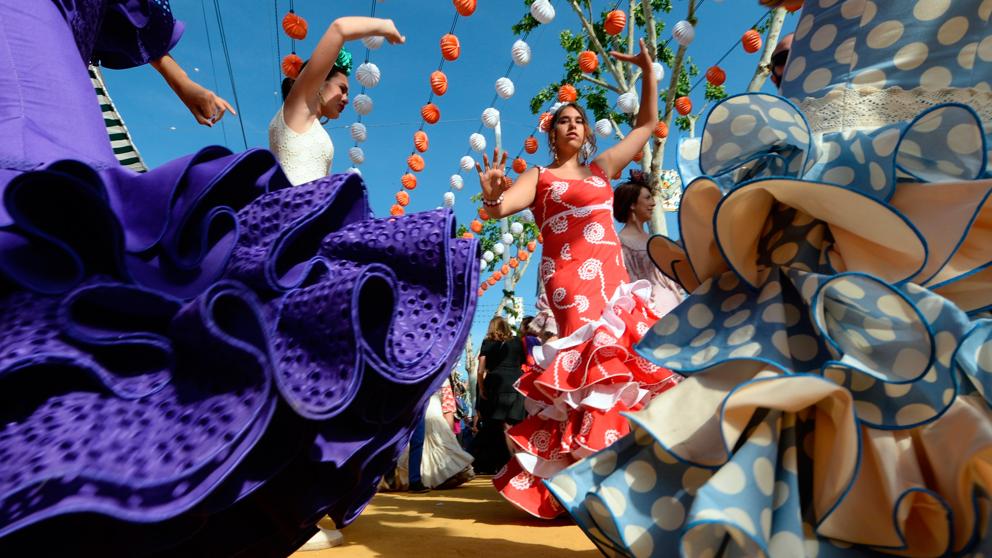 The history of this fair dates back to the April Fair of Seville dates from August 25, 1846 when two councilors of the city made a draft to ask the City for a fair of agriculture and livestock. The first fair was inaugurated in Seville on Sunday, April 18, 1847, it was very popular with the public. Throughout time the Fair lost its commercial character and developed its festive character.

In 1971 some associations of immigrants arrived in Barcelona from Andalusia started their own version of this fair in Castelldefels (Barcelona).

The Fair is held in a set of approximately 70 booths dedicated mainly to leisure, dance, and restoration. Inspired by its Andalusian origins and the customs of the South, the Seville Fair of April is dominated by sevillanas and other flamenco dances and songs. It also brings together other Andalusian elements, such as traditional costumes and the consumption of rebujito and fried “pescaito” and with this contributes to the continuity of the influences of the descendants of Andalusian migrants, also known as “andalanes” or “cataluces” (Catalans of Andalusian origin), which mark the southern character of the province of Barcelona, ​​sometimes called the “ninth Andalusian province”. The Fair has a wide gastronomic offer that offers specialities from all over Spain. The numerous rows of booths that form the alleys of the enclosure resemble the Sevillian prototype, decorated with white and green strips, or white and red. To maintain the traditional character of the Fair, it is rejected that international music plays in the booths. On occasion, some of the booths have competed in competitions typical of the Fair, in which awards were given for the best decoration and facade in past editions of the fair.

The place where it is celebrated (the Forum) is divided into two parts: 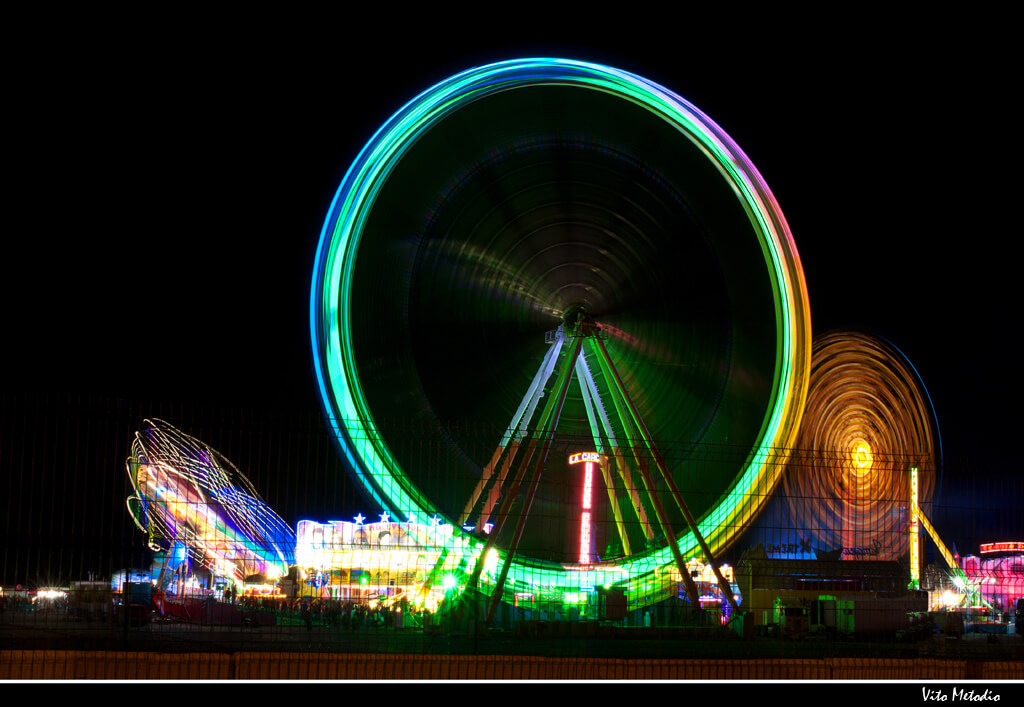 <The “Street of the Hell” dedicated to the fairs of apparatuses and attractions, tombolas and other entertainments.

<The so-called “Real de la Feria” or simply “Real”, is equivalent to the set of booths in each booth, you will find a multitude of cheerful people who eat, sing and dance sevillanas, the traditional Andalusian dance. The biggest booth in the booth of the Federation of Andalusian Cultural Entities in Catalonia (FECAC) where you can find several free concerts and shows.

The Fair is the most multitudinous event held annually in Catalonia. The number of visitors to each edition of the Fair fluctuates between 1.5 and 3 million people, surpassing the number of inhabitants of the city of Barcelona.In 2010, more than 250 artists performed and consumed more than 200,000 liters of rebujito. In 2012, the Fair generated 1,200 direct jobs. The largest wheel in the world was installed for the first time in the 2002 edition.