If you are planning to visit Barcelona this February, you must visit one of the largest and most anticipated festivals in Europe: the Sitges Carnival!

The carnival parties of Sitges have more than 100 years of history, legend has it that the first time the word “Carnestoltes” was heard was in the obituary of a fifteenth-century Sitges jester named Carles de Can Torras. It was because of the dyslexia and the illiteracy of the writer of his school that instead of writing his name, he put “Calrestorles”. The jester died on Ash Wednesday, which is the first of the days of Lent. Over the years, the imagination of the people of the town made that Carles Torres, whose name was written as Calrestorles, was remembered in that way.

The Sitges Carnival lasts for 7 and just like the carnival celebrations in Tenerife it attracts more than 300,000 attendees between tourists and locals every year. Sitges becomes deranged throughout the day and night without stopping throughout this week. The streets are like every year, full of revelers ready to warm the city. 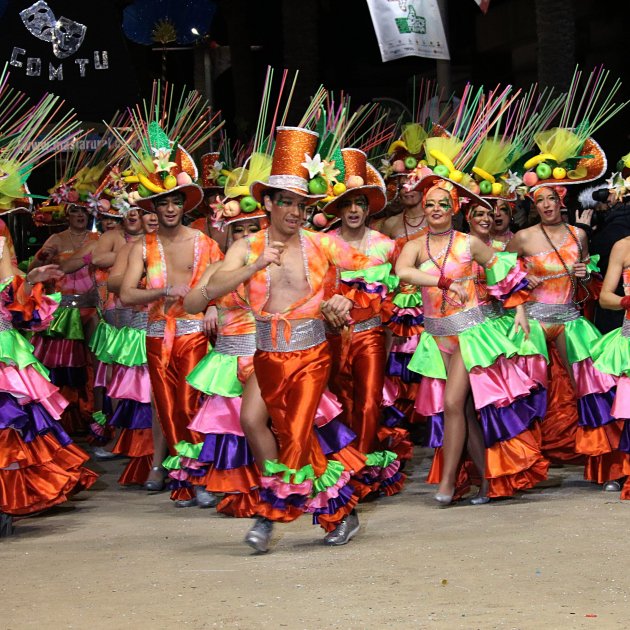 Arrival of His Majesty Carnestoltes. Start with the Tour at 7:30 pm through the streets of La Ribera, Parellades, Capilla de la Villa, the procession goes to the town hall to claim and take power.
At 9:00 pm Palau del Rei Moro: Xatonada popular + Show with the visit of His Majesty Carnestoltes and the famous Queen of Carnival. Among the crowd will be distributed copies of the satirical and uncensored Sitges magazine “la Gallofa”.
Recreative Society El Retiro: Xatonada – Dancing / takes place at 10 o’clock at night in the Carnival with the assistance of SM Carnestoltes and his entourage.
It is also held at the El Retiro Recreative Societat Theater Hall at 10: Xatonada with the assistance of His Majesty Carnestoltes, where the presentation of the Carnival Queen of Sitges 2019 is performed. At the conclusion of the dinner, a fun spectacle of the carousel.

The activities begin at 9 in the morning and throughout the day, the Queen and S.M. Carnestoltes with their comitivas, visit the schools, and grandparents’ houses to take the Carnival to all corners.
From 8 to 12 in the evening the great “Venice 2019 Gala” is held at the Palau de Maricel, and Giorgio Manni is in charge of directing this magnificent event to the benefit of “Caritas”.

They visit the Municipal Meraco, the Queen and His Majesty at 10 o’clock in the morning.
At 11 am the colla No K-Lia with the help of Orphans, Llanges and Panxamplas, will animate the atmosphere before the start to the famous race of beds.
Start of the race of beds to 12 hrs. with the starting shot of the Infant King and Queen of Carnival.
Third concert of the bale at 5 in the afternoon with Miquel del Roig, to celebrate the national day of the bale. The Queen and her court together with His Majesty are dispensing with the concert.
Also at 5 in the afternoon the 14th Tequereque Festival of the Markatú Batucada Musical Association.
10 pm at the Prado Casino: Xatonada and Carrusel Show where the Queen of the Carnival of Sitges 2019 will be present and her court, when the dinner is served, another carousel show.

At 5 o’clock in the afternoon, a children’s party at the Prado Casino, with Her Majesty Carnestoltes, the Queen of Carnival, plus the animation and snack group for children at the Prado Casino.
At 9 o’clock at night Dance Lunch In “Theater of El Retiro”.

Rua Infantil at 3 o’clock in the afternoon, after finishing a children’s costume dance for the children of the Retiro groups.
Rua del Extermini. at 9 pm.
At the end of the Rua de la Disbauxa, another costume dance in the Theater Hall of the Recreational Society “El Retiro”.
Another event at the conclusion of Rua fiestas del extermini in the Salón Teatro del Casino Prado.

At 4 o’clock in the afternoon, the royal party will hold the traditional coffee, glass and cigar event.
7:00 pm Burial of the Sardine, the Queen and her Majesty Carnestoltes make the tour by Major, Cap de la Vila, Marquès de Montroig, Parellades, 1st of Maig and Passeig de la Ribera until you reach the beach of La Fragata.